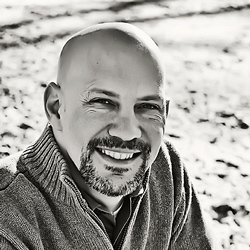 I have to be honest with you … I’ve had a very hard time writing a blog today. You see, while I was standing on my street corner, someone stopped to tell me that a friend of mine had been killed in a car wreck. His name was Ken Murray. I’ve only known him for  a little less than a year, but we became friends quickly. If you’ve been reading my blogs, you’ve probably seen his comments. He was one of Prove It’s most vocal supporters. Ken was my therapist, but he was also a good friend, so most of my sessions turned into conversations between friends instead of therapist/patient exchanges. And he never charged me a dime; he would always say, “I’m charging you what you charge those you serve.” From what I understand, he often took patients that no one else would take because of their financial limitations. He told me more than once, “A person should be mentally healthy even if they’re poor.”

When you’re in ministry, it’s very hard to trust someone enough to talk to them about your demons. With Ken, that was never an issue. In fact, even though he knew my secrets, he still cheered me on—and in a recent post, he called me one of his heroes. Talk about someone’s words giving you the courage to move mountains! To tell you the truth, without Ken’s encouragement, I don’t know that I would have “had it together” enough to prove anything these last two weeks.

The last time I saw Ken was a week ago, on the very street corner where I was told of his death. He brought me some food, and we were planning how we could team up and save the world—because that’s what guys like us do.  🙂

Ken was a giant in a man’s body. He definitely left his mark on a lot of lives. To some, he was a war hero, to others he was a friend, brother, husband, father, son, or therapist. But there are some things we know for sure about Ken: that he loved God and his family with all his heart … and that every day of his life, he showed the world he cared, and with every breath of his body he proved it.